Recently, Trib Live website featured an article about my husband Mike and me. Please follow the link to read the article — and a big thank you to the Trib for sharing our story. Read Now: “South Fayette Natives Ashley and Michael Shuck Seek to Help Others” END_OF_DOCUMENT_TOKEN_TO_BE_REPLACED

My husband Mike Shuck, a.k.a. #ShuckNinja, is at it again! Here is his audition video for Season 9 of American Ninja Warrior. He already submitted his audition video and application … and now, we wait. In the meantime, please check out his video and share it on social media! He also has an Instagram account now, @mikeshuckninja. While I help him to manage his press … END_OF_DOCUMENT_TOKEN_TO_BE_REPLACED 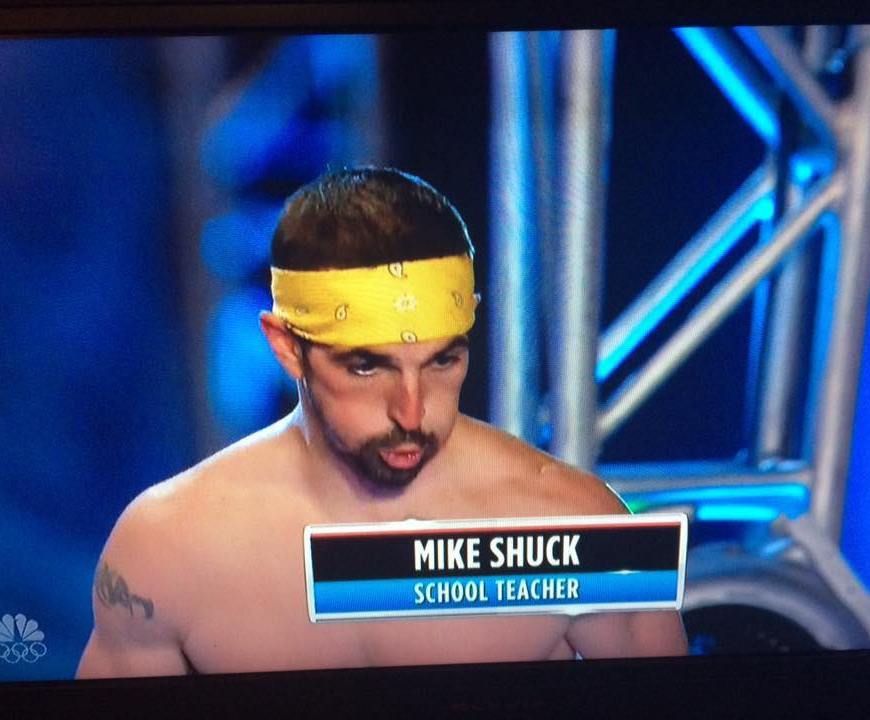 Well, the Philadelphia Qualifiers episode of American Ninja Warrior aired this past Monday, June 27th, 2016, at 9pm EST. You may have noticed that Mike’s “hometown segment” was cut — but, luckily, he was still featured briefly which was very cool! They announced his name, city, and occupation, and said that he had the biggest and best cheering section. They showed a portion of his … END_OF_DOCUMENT_TOKEN_TO_BE_REPLACED

My husband, Mike Shuck, is a 5th grade teacher by day, a personal trainer and kettlebell instructor by night, and an all-around superhero to me. He is auditioning for the 2016 cycle of the popular TV show, American Ninja Warrior. Here is his audition video — it’s pretty darn awesome if I do say so myself! Mike Shuck American Ninja Warrior Audition Video END_OF_DOCUMENT_TOKEN_TO_BE_REPLACED

As many of you know, I do a little fun facts/re-introduction about every other month for my new followers! Don’t worry — I try to change it up to keep it interesting for those of you who are longtime friends, too! Today’s is fun.
sleepy little fox 🦊
Nice seeing Pat and hanging with some of the fam this evening 🥰 And thank you Pat for the beautiful elephant ornament! 🐘
Loving my @herohealth “smart” pill & vitamin dispenser. 💊 With multiple chronic conditions, it can be hard to remember to take my supplements and medications. Hero makes it simple! 🌟 Want a discount? DM me for a referral link! or click below. Thank you, Hero, for making life easier. 🙇🏼‍♀️
Swipe to see my hand. It is healing well; it just looks swollen, discolored, and ugly lol… but it is coming along and I am working on usage, mobility, and range of motion. The scars aren’t too bad.
Olive + Brutus LOVED their “hippie” themed Bark Box. ☮️ Thank you, @barkbox! 🐾 📦 ✌🏼

Send me a tip via CashApp

Sign up for my newsletter or view past newsletters here.